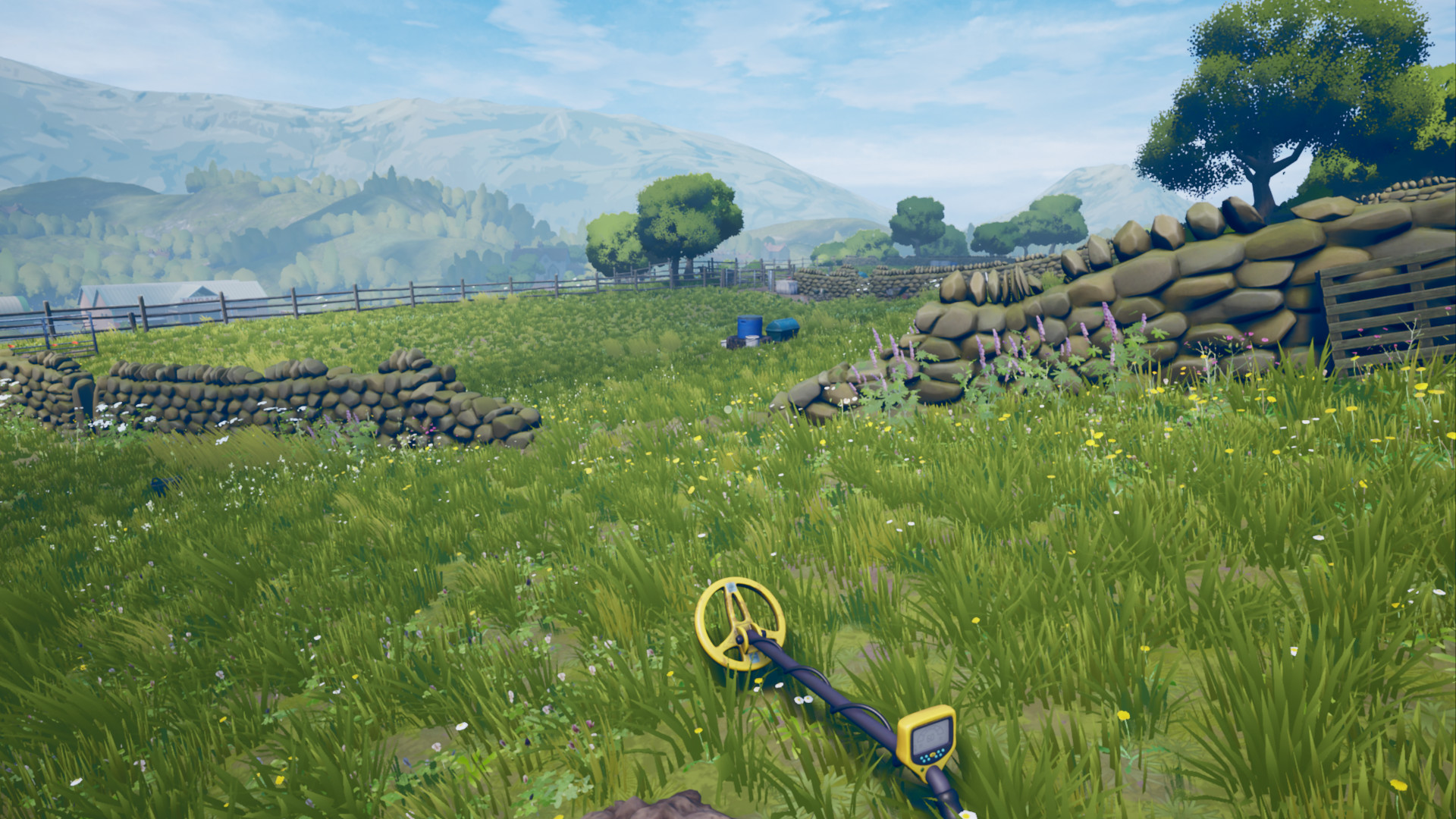 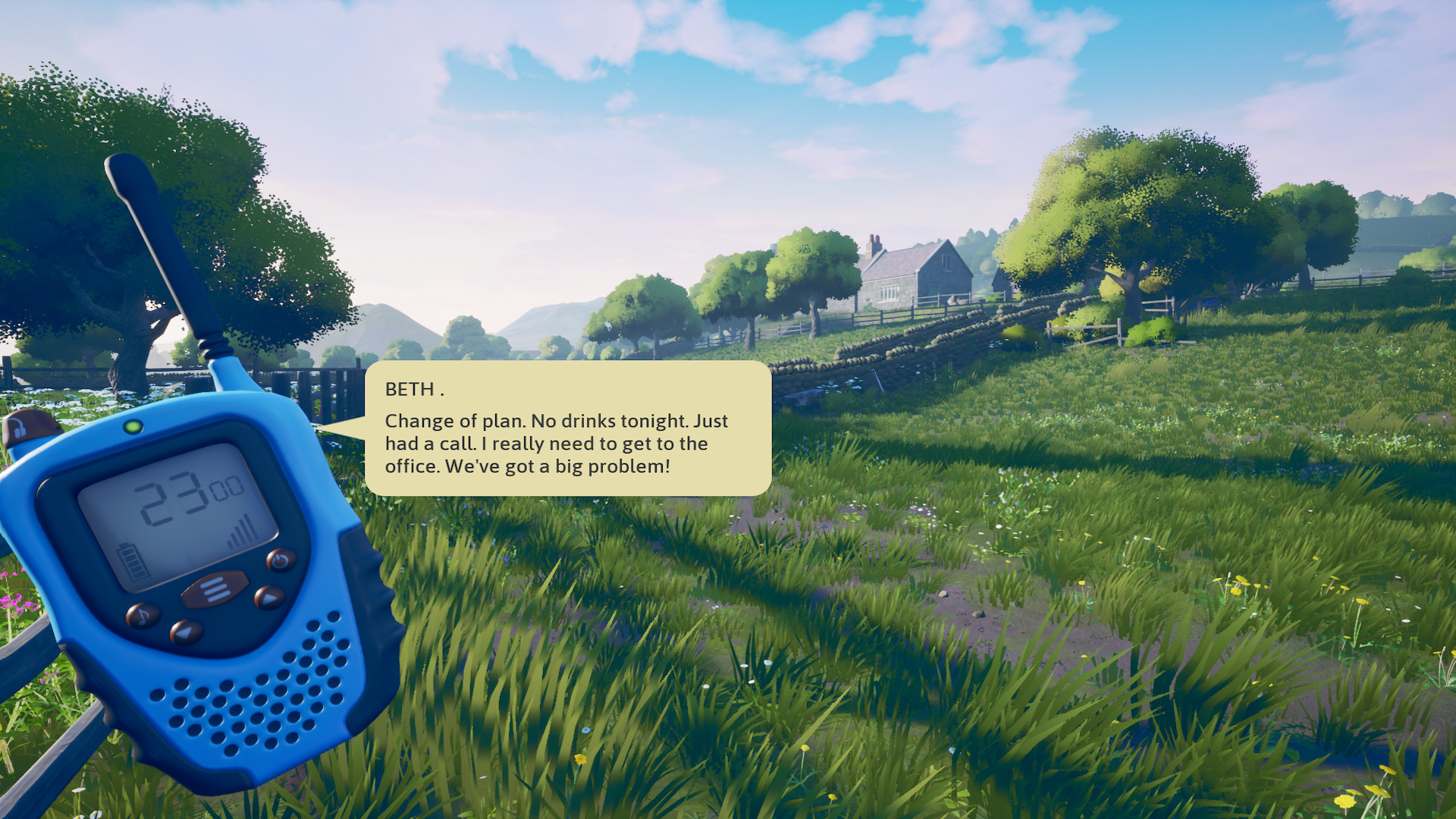 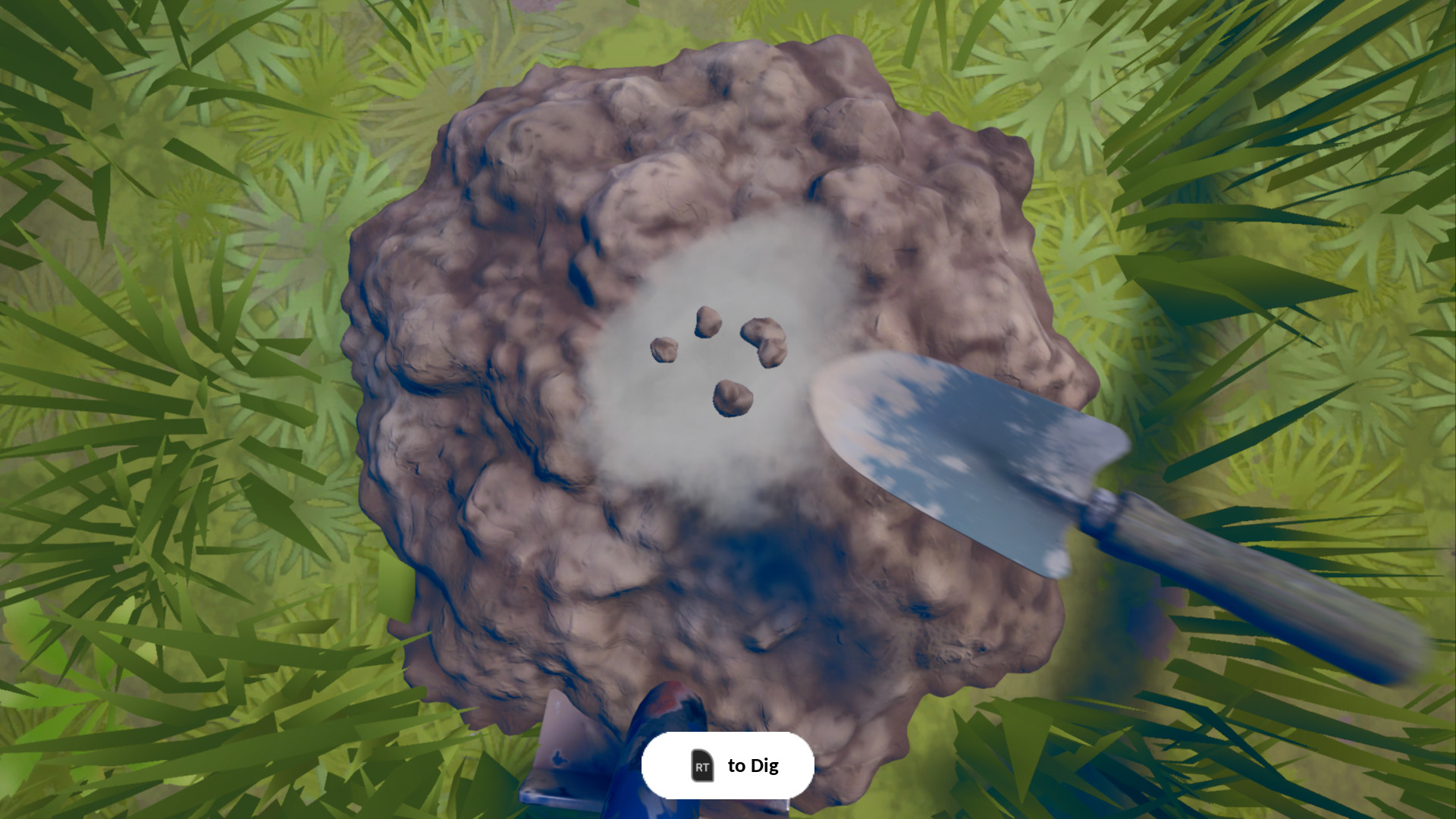 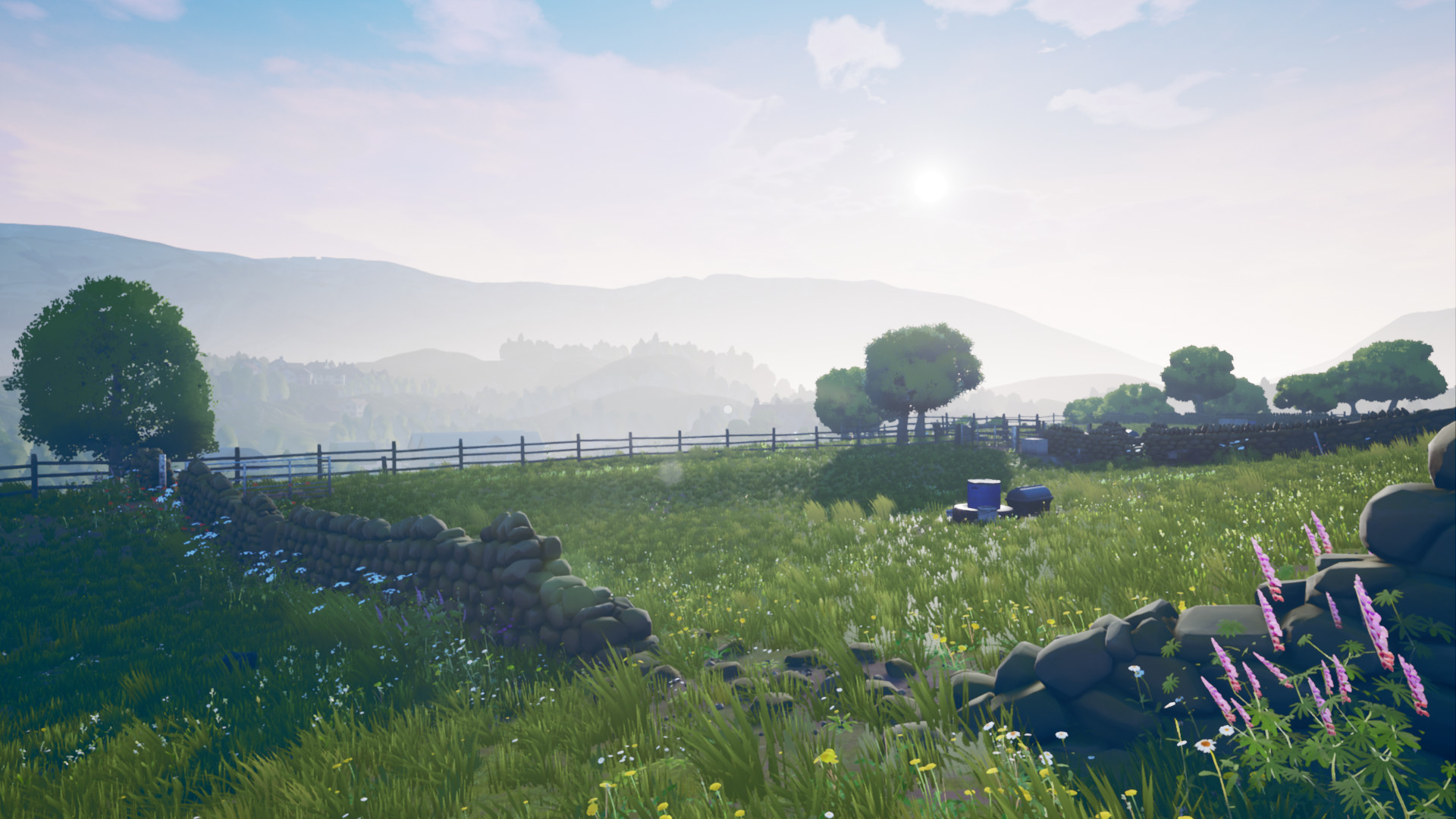 The Magnificent Trufflepigs is a first-person, metal-detecting narrative game. It combines laid-back detecting and exploration with a dramatic story, all set in a beautiful English countryside. It’s a game about trying to find something.

The Magnificent Trufflepigs is a first-person, metal-detecting narrative game designed to be played in a single evening. You play as Adam, a sharp-witted but compassionate man returning to his childhood village of Stanning. There he'll help a woman named Beth on her mission to unearth a local treasure. As cracks begin to appear in Beth’s fairy tale plan for everything, you’ll delve into her history and discover all may not be as it seems. And you’ll have to choose how Adam responds to Beth as she faces her demons.

Gameplay combines laid-back metal detecting and exploration with a strong interpersonal narrative, all set in a beautiful English countryside. The Magnificent Trufflepigs is a game about trying to find something, and the tone it sets is like a typical English summer: mostly pleasant, but with stormy moments that threaten to ruin everything.Metal detecting!

From the lead designer of Everybody’s Gone To The Rapture, AMC Games, and SundanceTV: The Magnificent Trufflepigs.

It’s summer in the idyllic northern English village of Stanning. Beth is a successful twenty-something who’s poised to become the CEO of the biggest company in the valley, on the cusp of settling down, maybe having a couple kids. Life seems so straight-forward, but something’s missing…


Many years ago, Beth found an earring while metal detecting on a local farm. It brought her brief fame (and a modest sum of cash for a pre-teen), but—most importantly—it made her feel special. But she never found the earring’s match.

Now, the old farm is only a week away from being demolished so an energy company can turn it into a solar farm. Beth decides this is her last chance to rekindle that childhood sense of adventure. There’s too much ground to cover by herself, so (despite warnings from her friends) she’s hatched a plan to invite Adam back into her life. Beth’s search for the long-lost earring will unearth much more than she's bargained for.