Voice of Cards: The Isle Dragon Roars is an RPG set in a world of swords and sorcery, told entirely through the medium of cards. 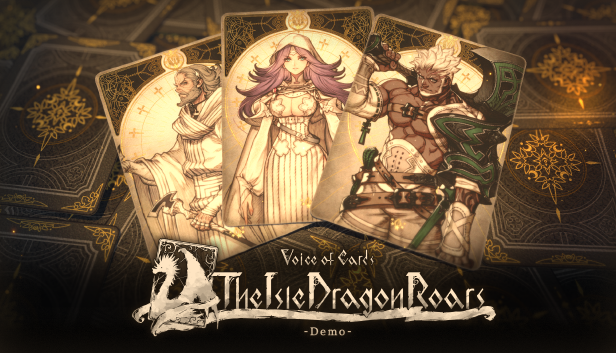 This prologue episode reveals what happened on the day before the events of Voice of Cards: The Isle Dragon Roars, following the Ivory Order as they search for a stolen royal treasure.
Enjoy an all new, yet appealingly nostalgic gaming experience from YOKO TARO, Keiichi Okabe, Kimihiko Fujisaka.

You will receive the following bonus items when you pre-order the game: 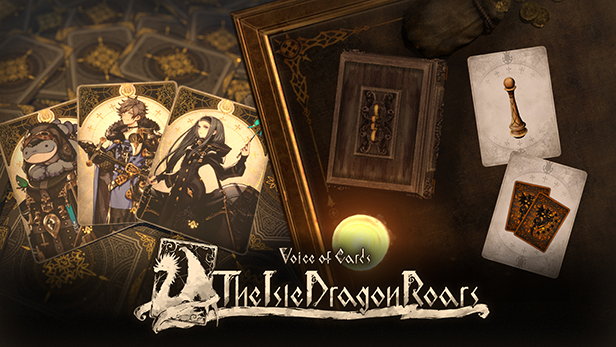 - Golden Dragon Pattern DLC
Changes the design on the reverse of the cards used in-game to illustrations by artist Fujisaka Kimihiko.
*Designs will not change in some sections of the game.

- Traditional Avatar DLC
Changes the design of the playing pieces that are moved around in-game to look like traditional craftworks.

This product is a set containing 7 DLC items for Voice of Cards: The Isle Dragon Roars, that can change the design of in-game components such as cards and avatars to be styled after other YOKO TARO titles as well as an item that can change the appearance of all characters and enemies to a pixel art style.

Voice of Cards: The Isle Dragon Roars is an RPG set in a world of swords and sorcery, told entirely through the medium of cards.
The story follows a self proclaimed hero as they set off to slay a recently awakened dragon, presented in the manner of a tabletop RPG and playing out through narration from the gamesmaster.
Enjoy an all new, yet appealingly nostalgic gaming experience from YOKO TARO (Creative Director), Keiichi Okabe (Music), Kimihiko Fujisaka (Character Design.)

* Please be aware that parts of the game which require an internet connection may cease to be supported at any point.