Bless Unleashed is an open-world online game that can be enjoyed with your friends and countless others. Venture out to engage in intense combat while exploring vast regions and treacherous dungeons.

Razor did a big favor by updating the status of this game on 2021-08-31T08:29:24-07:00.
FREE GAMES KEY on Steam Cracked Games
Attention: This game doesn't have cracked/bypass DRM yet. If any site provides the download with the "cracked" version, it is fake!

Bless Unleashed PC will be officially launching through Steam on August 6th, 2021 ! The game will be available on Steam first, with the official platform launch following afterwards. Pre-download details and the schedule for each platform will be announced soon.

To commemorate the news of Bless Unleashed PC’s official launch, we are happy to present newly upgraded pre-registration rewards! 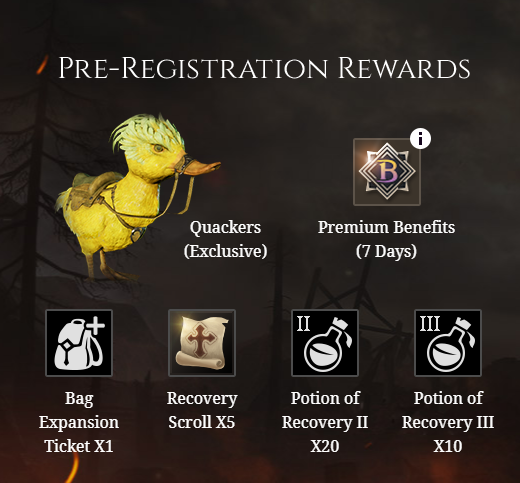 * The upgraded rewards will be provided at official launch to both players who pre-registered before and after the reward upgrade was announced.

Official launch registration is currently underway, so if you haven’t already, be sure to register now!
- https://www.blessunleashedpc.com/

Explore the massive and lively world with your allies and friends. Or embark on an epic adventure alone and push your limits. From the weapons you wield to the skills you unlock, you have full control of your character's development and actions. Every choice you make in the world of Bless will shape your story. So forge your destiny and make your adventure go down in history.

Vast and diverse landscapes teeming with life await you. From the peaceful and beautiful forests of the Ribus Federation to the treacherous Uncharted Regions, immerse yourself in the breathtaking landscapes. The more you explore, the more stories you'll encounter and experience.

With the world still recovering from the disaster caused by the humans, the otherworldly Daimon lies in wait for a chance to strike again. Endure and persevere through the destruction and massacres committed by the long-time conspirators and defend yourself from their threats with the support of the gods.

Team up with your friends to eliminate threats lurking in perilous dungeons and participate in breathtaking battles with powerful Field Bosses. Earn honorary titles and collect rare treasures. If you can survive that is…

Mix and match five unique classes and four distinct races in the World of Lumios to create a character worthy of receiving the blessings from the gods. Master the unique combos of each class to be the last one standing between you and your foes.

Enhance equipment obtained during your adventures to amplify and unleash your true powers. Also collect rare skins that many have failed to seize. Play with others, but stand out from the crowd.


Complete quests with your friends or form deep bonds with adventurers during your exploration while forging new allies and building a mighty guild. The possibilities are endless. Explore treacherous dungeons and challenge yourself against others on the PVP Battlefield. No matter how you cross paths, form alliances with like-minded souls and become one with the Union.